The school, which opens in 2023, will offer a world-class education that inspires young learners to make an impact on the world

Malvern College Tokyo will be the seventh overseas school in the Malvern family, expanding Malvern’s global network to a total of 10 schools in locations including the UK, mainland China, Hong Kong, Egypt and Switzerland.

Malvern College Tokyo will open in September 2023 and aims to be a leading international school in Tokyo. Initially accommodating pupils from Years 1 to 9, this will extend upwards to Year 13 by 2026, ultimately providing 950 places for both primary and secondary pupils.

The school will share the ethos of its parent institution, Malvern College UK, as the Headmaster of Malvern College UK, Mr Keith Metcalfe explains: “A Malvern education offers a strong academic focus that stimulates intellectual curiosity and encourages academic breadth beyond the confines of examination criteria. It also provides an extensive co-curricular programme which promotes all-round personal development and encourages a happy and healthy lifestyle. Importantly, our modern, holistic curriculum enables pupils to develop the necessary skills and personal qualities needed to make a positive impact on the world that they go out into.”

Located in the city of Kodaira, only a 40-minute commute from central Tokyo, Malvern College Tokyo aims to be the first all-through IB British-branded school in Tokyo. The school is located in a highly academic area of the city, with many renowned establishments including Hitotsubashi University and Tsuda University nearby.

Ms Jacqueline So, Co-Founder and Chief Executive, Malvern College International (Asia Pacific) states: “I am proud of the strong links that exist within the Malvern College Family of Schools. Malvern College UK is closely involved in setting standards and providing governance and oversight across the group, and although each of the schools has its own unique identity, all Malvern Schools share the same DNA. They also share an ethos built around what we have called our ‘Five Centres of Excellence’, namely, British-style pastoral care; Enhanced Learning; Entrepreneurial Education; Outdoor and Environmental Education and a Global Network. Whilst all are vitally important, we consider Entrepreneurial Education to be especially valuable as it combines our strong heritage with educational innovation and equips our pupils with the skills necessary to become responsible leaders of tomorrow.

“In 2021, we launched new online exchange programmes between our schools, where pupils in our Asian schools were engaged in a variety of entrepreneurial and experiential projects. The neighbourhood in Kodaira will provide Malvern College Tokyo with further unique and transformational educational opportunities for natural exploration, culture, arts, and sustainability projects.”

The school intends to offer the International Baccalaureate at primary, middle years and secondary level (subject to appropriate authorisation being made by the International Baccalaureate Organisation). Dr Robin Lister, Regional Executive Adviser for Malvern College International (Asia Pacific) explains: “Malvern College Tokyo will be much more than a school offering a highly respected international curriculum. Our school will stand out from others, not least because of its strong ethos, and our emphasis on the Malvern Qualities, namely, resilience, integrity, self-awareness, risk-taking, open-mindedness, curiosity, kindness, ambition, collaboration, humility, and independence. These values enable our pupils to grow during their time with us and provide a solid bedrock for their futures, equipping them for life's challenges, and enabling them to adapt and to succeed in a rapidly evolving world.

“The all-through system, together with our holistic curriculum, will ensure a smooth and vibrant learning experience for all our pupils. Whether pupils are moving to a new year group, or from primary to secondary school, the familiar environment and consistent ethos will enable our management team to prepare every pupil for their next step. We operate a very successful House system in Malvern College Hong Kong, where we also offer an all-through International Baccalaureate programme, and I am excited at the opportunity to replicate this at Malvern College Tokyo.”

Leadership, teaching and support staff roles for Malvern College Tokyo will be advertised in summer 2022 and further details will be announced later this year.

We invite interested parents to visit www.malverncollegetokyo.jp for more information.

Mr Keith Metcalfe, Headmaster of Malvern College
Keith Metcalfe was educated at Monmouth School, Wales and Downing College, Cambridge, where he read Geography. Prior to taking up his post as Headmaster of Malvern College he served as Deputy Headmaster at Harrow School, UK where he oversaw the day-to-day running of the school, drawing on experiences from the various roles he has held during his career including Housemaster, departmental head, ISI school inspector and coach of various sports. He also has experience running the Duke of Edinburgh’s Award programme and is a passionate advocate of the opportunities offered by schools with a strong boarding ethos. Mr Metcalfe sees Malvern College as a school that affords the time and space in which to nurture the whole person, and where pastoral care is at the centre of all that it does. He believes that it is within this environment that young people will achieve their best, both in and out of the classroom.

Ms So served as Executive Principal, Malvern College Qingdao, overseeing all aspects of the school’s operations and managing its public relations and communication. She also established a similar school, Malvern College Chengdu, in 2015, with the aim of delivering an internationalised education in Western China. Graduates from both these schools have successfully been admitted to world-renowned universities including Cambridge, MIT, Imperial College, UCLA, and King’s College London. Malvern College Pre-Schools (Hong Kong) have a strong focus on educationally harnessed play-based learning and are also pioneers of the Forest-Beach school programme in Hong Kong, which encourages an appreciation of nature, whilst also promoting independence for their young pupils. In 2014, Ms So successfully led a competitive bid which secured the site next to Hong Kong’s Science Park as the location for Malvern College Hong Kong. This brought the introduction of a British-style International Baccalaureate school to Hong Kong within an innovatively designed state-of-the-art campus which has won numerous accolades including The Quality Building Award in 2020.

Prior to her current role, Ms So was the Vice President of Strategy and Development at Laureate Education. She was also a Senior Consultant at McKinsey & Company in both Greater China and the USA. Ms So received a BBA in Accounting from the Chinese University of Hong Kong and an MBA from Harvard Business School.

Dr Robin Lister, the Regional Executive Advisor of Malvern College International (Asia Pacific)
After attending Hymers’ College, Yorkshire, UK, Robin Lister studied for a BA in Theology and a post-graduate teaching qualification at Hull University, UK. He was then awarded scholarships to Harvard University where he read for a master’s degree. On completion, he became the Gifford Fellow at St Andrews University where he also studied for his Ph.D. whilst simultaneously undertaking part-time lecturing. In between degrees, he worked for the Institute for Foreign Policy Analysis in Cambridge, Massachusetts, where he remained a consultant for some years. In 1989, he arrived at Malvern College as Head of Religious Studies & Philosophy and was appointed Housemaster of Roslin House in 1998, Deputy Head of School in 2007 and Senior Deputy Head in 2012. His educational philosophy is underpinned by the belief that a good education must focus on educating the whole child: academic excellence and all that works towards character and personality development, teaching skills as well as knowledge. In what little spare time he has, Robin has a passion for the Highlands of Scotland where he tries to spend a few weeks each year, walking and cycling. He is a great admirer of J. S. Bach, enjoys modern art and architecture and has a particularly keen interest in international relations.

The Location
Malvern College Tokyo is a 40-minute commute from Tokyo city centre.

Kodaira is in an academic and cultural neighbourhood with more than 50 education institutions (from elementary school to university level) within a 5 km radius of the campus. 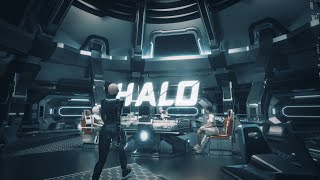 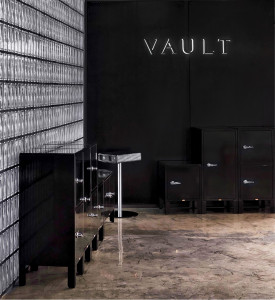